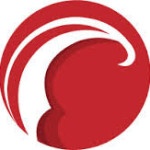 President and Co-Founder of PrecisionHawk

Dr. Earon is PrecisionHawk’s President and Co-founder. He has been working in the field of unmanned aerial vehicles (UAVs) and intelligent, autonomous vehicle control for over 10 years with a particular emphasis on the design, development, and control of unique and novel unmanned aircraft. Previously, Dr. Earon has served as technical manager at the University of Toronto for UAV architecture for civil applications. He also led the design, development and implementation of the sensor package and vehicle control for a team of intelligent lunar robots for a Canadian Space Agency project culminating in a successful mission deployment on Mauna Kea in Hawaii. As Systems Group Manager at Quanser Consulting in Markham, Canada, he led several unmanned vehicle development programs which included the development of a novel aircraft design now a commercial product and the development of coordinated heterogeneous teams of unmanned aircraft and ground vehicles, leading to an autonomous UAV flight missions demonstration for Defence R & D Canada. He managed these projects from a vehicle design, flight and ground operations and control development perspective, including ensuring that all regulatory and certification qualifications from the Civil Aviation Authorities were met. Dr. Earon earned his doctorate from the University of Toronto Institute for Aerospace Studies in 2004.