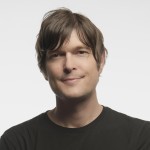 VP of Innovation and Entrepreneurship, The Coca-Cola Company

David Butler is a designer, seed-stage investor, and results-oriented leader. In his role, David leads a venturing platform called Coca-Cola Founders, designed to create seed-stage startups by opening up Coca-Cola’s assets to a global network of rock-star founders.

David joined Coca-Cola in 2004 as the Company’s first VP, Global Design. He established a cross-functional, systems-based approach to design across more than 200 countries. Prior to Coca-Cola, David founded Process1234.com, consulted Gucci, United and Caterpillar, taught systems theory and designed large-scale systems for UPS, Delta, and CNN.

David was named, “Master of Design” by Fast Company Magazine and Forbes’ “Executive Dream Team.” He is the co-author of, Design to Grow: How Coca-Cola Learned to Combine Scale and Agility (and How You Can Too), publishing in 25+ countries.