JUST IN - IN FAVOR 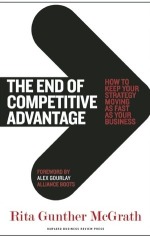 The End of Competitive Advantage 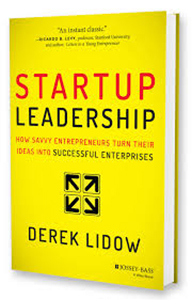 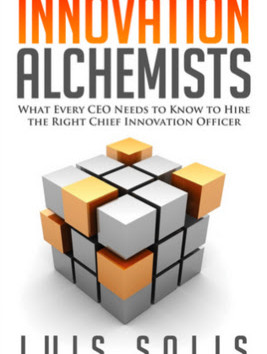 Today most organizations are aggressively seeking new growth opportunities, as well as improvements from current offerings. The demand for innovation has never been higher. But who should lead the pursuit of innovation? Many companies are appointing a Chief Innovation Officer (CINO). But and how should a CEO pinpoint the right CINO? Should that person come from within or outside the company? What characteristics should he or she have? It’s a serious issue facing most CEOs and their Boards. Innovation Alchemist provides a timely, helpful resource for any CINO, or any CEO looking to choose a CINO. 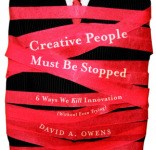 Creative People Must Be Stopped

While most organizations give lip service to promoting innovation and creative ideas, they all too often sabotage “outside the box” thinking among the rank and file. In this book, David Owens has identified the six dominant types of constraints (individual, group, organizational, industry-wide, societal, or technological) that can keep creative new ideas from being formulated, developed into marketable products and services, or adopted by the intended users. Creative People Must Be Stopped organizes these innovation killers into a conceptual framework that demystifies what innovation is, how it happens, and how we stop it without even trying. This proven framework has been used to diagnose the primary causes of innovation failure within hundreds of organizations that have gone on to develop strategies that foster innovation rather than stopping it in its tracks.

Filled with illustrative examples from real-world organizations, the book explores each type of constraint in detail and shows how it operates and why. This analysis is followed by a discussion of ways that particular constraint can be overcome. Every chapter concludes with a “Constraints Analysis Assessment”; these assessments are based on Owens’ research and consulting work and provide a pointer to the most urgent and potentially limiting constraints an organization may be facing. In addition, Creative People Must Be Stopped contains an exercise tool designed to help move leaders toward action to overcome the constraints that have been identified. Owens also explores the big-picture issues that can arise when spearheading an innovation team and discusses the steps needed to help organizations become more strategic about innovation.

Creative People Must Be Stopped gives leaders the tools they need to foster an atmosphere of creativity and innovation.

For more on the book, see the book’s web site. 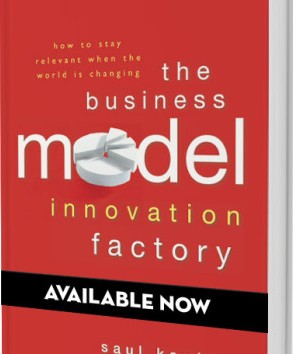 Business models just don’t last as long as they used to. Today, CEOs must be capable of designing, prototyping, and experimenting with new business models. The Business Model Innovation Factory provides leaders with the survival skills to create a pipeline of new business models in the face of disruptive markets and competition. 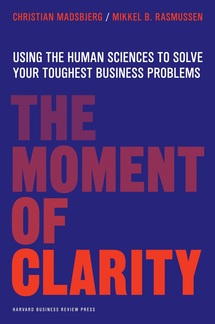 The Moment of Clarity

Using the Human Sciences to Solve Your Toughest Business Problems

The Moment of Clarity explains the process of sensemaking and how you can use it to develop those few key insights that will reframe the innovation challenge and lead to significant breakthroughs. Madsbjerg and Rasmussen describe a step-by-step process, and illustrate it with a few very rich and diverse case studies to show how to restructure innovation and get game-changing results.

Steve Jobs’s death raised one of the most pressing questions in the tech and business worlds: Could Apple stay great without its iconic leader? Many inside the company were eager to prove that Apple could be just as innovative as it had been under Jobs. Others were painfully aware of the immense challenge ahead. As its business has become more complex and global, Apple has been subject to intense scrutiny, much of it critical. Maintaining market leadership is crucial as it tries to conquer new frontiers and satisfy the public’s insatiable appetite for “insanely great” products.

Based on more than two hundred interviews with current and former executives, business partners, Apple watchers, and others, Haunted Empire is an illuminating portrait of Apple today that offers clues to its future. With nuanced insights and colorful details that only a seasoned journalist could glean, Kane goes beyond the myths and headlines. She explores Tim Cook’s leadership and its impact on Jobs’s loyal lieutenants, new product development, and Apple’s relationships with Wall Street, the government, tech rivals, suppliers, the media, and consumers.

Hard-hitting yet fair, Haunted Empire reveals the perils and opportunities an iconic company faces when it loses its visionary leader.

Survival fact: The people who will succeed today are those who figure out how to benefit from, or take advantage of, continuous disarray, disorder and disruption.

Welcome to the age of continuous personal disruption. When even the most basic daily routines get swept up in a storm of ambiguity. When nothing is certain. When there is no perfect decision to be made.

That’s why author Bill Jensen identified the 25 habits most necessary for success in today’s crazy world.

Disrupt! is for everyone trying to do extraordinary things while driving through a shitstorm of relentless disruptions. Jensen uncovered these habits by going direct to the source — the very people causing those disruptions.